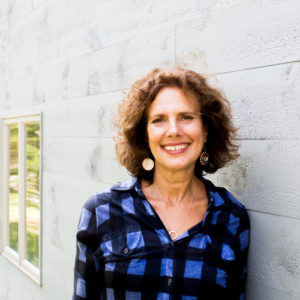 Kathy Engel is a poet, essayist, educator, and cultural worker. She currently serves as Associate Arts Professor in NYU’s Tisch School of the Arts’ Department of Art and Public Policy, and Master’s Program in Arts Politics. Her latest poetry collection, The Lost Brother Alphabet, was published by Get Fresh Books in 2020.

Over the past 40 years Kathy has worked in many of the major social justice, peace, and human rights movements in the U.S. She has co-founded numerous organizations, including MADRE (1983), an international women’s human rights group, which she directed for five years. She also co-founded the Hayground School; East End Women in Black; Poets for Ayiti; and, with the poet Alexis Deveaux, Lyrical Democracies, and The Center for Poetic Healing. Projects that Kathy was instrumental in creating include: talking nicaragua, a dramatization about U.S. policy in Nicaragua; Stand with Sisters for Economic Dignity, which was dubbed by Washington D.C. press as, “the Vagina Monologues of economic justice;” Who I Will Be, a performance piece with formerly incarcerated women; Imagining Peace, following the attacks on the World Trade Center; Re-Plant Haiti, a performance at Carnegie Hall; and a multi-faceted campaign working with Amnesty International, the NAACP Death Penalty Project and others that led to a last minute stay of execution for Death Row inmate Shaka Sankofa. Kathy is also a co-founder and former president of Riptide Communications, a communications consulting firm set up in 1989 to service social change organizations.

Kathy’s poems, essays, and reviews have been published and anthologized widely. Books include Ruth’s Skirts (IKON, 2007); The Kitchen, in collaboration with artist German Perez (Yaboa Press, 2011); and We Begin Here: Poems for Palestine and Lebanon, co-edited with Kamal Boullata (Interlink Books, 2007). Kathy’s poems have appeared in numerous journals and anthologies, including the recent Borderlines: Poems of Migration (Penguin Random House, 2020); Ghost Fishing: An Eco-Justice Poetry Anthology (University of Georgia Press, 2018); and What Saves Us (Curbstone Books/Northwestern University Press, 2019). Her lyrical essay Where I Live was widely circulated internationally following publication in The East Hampton Star. The video work Whowillkneel4you? (2018) appears on The Root, and features a chorus of artists reading Kathy’s poem, “To Kneel.”  Kathy’s poem, Now I Pray, has been widely anthologized, and selected by High School students across the country for the national Poetry Out Loud contest.

Kathy has presented her writing in numerous workshops, talks, and readings. In 2019 she collaborated with Refilwe Nkomo and Maia Marie in leading  A Retreat in Collaborative Poetics at Lalela: A Place of Listening, in South Africa. She was a featured poet at the 2012 Split This Rock Poetry Festival, and the 2017 Hobart Women Writers Festival, and a keynote speaker at the 2018 Freedom Forums at Stony Brook University. In 2014 Kathy performed in a production of her elegiac suite of poems, The Lost Brother Alphabet, with choreographer/dancer Suchi Branfman, at the Highways Performance Space in Santa Monica, CA. Kathy co-organized the Walk for Interdependence, which took place in Sag Harbor, New York in 2018 and 2019. In 2018, she coordinated a public art installation engaging with the Ghost Fishing anthology in NYU’s Kimmel Windows. Kathy has held fellowships at the Macdowell Colony, Blue Mountain Center, the Gaia Sea Change Residency and the Hedgebrook Women Writers Residency.

Kathy is currently working on a memoir about her cultural work, activism, life, and poetry entitled Marvelous Dissonance, and collaborating with artists in other mediums on inter-disciplinary lines of inquiry.