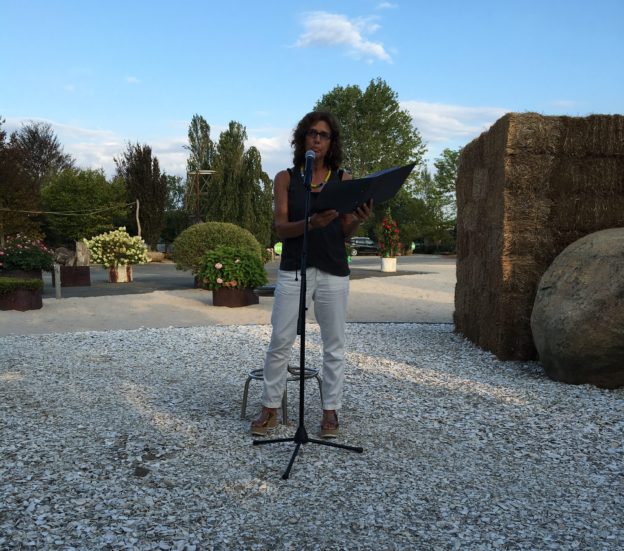 “It is an amazing book. The Lost Brother Alphabet breaks my heart and delights my spirit at the same time. As Engel’s love of language rises to the occasion of unquenched love for a “handsome, flirting…insatiable…gone” brother, dead by his own hand, memory and mystery, grief and wordplay coexist in this extraordinary suite of poems, disciplined and delicate, vibrant with life even as they mourn their loss. You will never read another book like this one.”

“Fiercely lyrical is the phrase that comes to mind when I consider the whole of Kathy Engel’s The Lost Brother Alphabet, a multi-layered poetry collection as elegiac and intimate as it is politically urgent, as temporal and rooted as it is ontological. While again and again seeking to encompass a brother’s suicide and a beloved father’s death, the poems, themselves, are uncontained, exhibiting a formal inventiveness and restless intelligence that upend the usual equations.”

“Ms. Engel never hides behind a persona; her loss and her grief are too personal, too powerful to obscure with a mask. She wants us to know that this is her experience, her existential struggle, which must somehow be overcome or transformed for her to live, and she lays bare her emotional response to it. The poems attempt to create meaning from loss, that quintessential human endeavor; they ask the questions that grief provokes.”

“Kathy’s connection to existences beyond life blurs the line between life and death. The blurred line allows us, as readers, to see how life exists in deaths, and how deaths are intricately a part of life. Through humility, Kathy articulates the world in words that are palatable to the senses: the alphabet dances through the pages in steps of alliteration, the powerful settings are invigorated through personified imagery, and the historical influences obfuscate the division between past and present. The Lost Brother Alphabet reminds us that breath, nature, earth, animals, life, death, past, and present, are all one. Kathy reminds us that as human beings, we are each small existences existing with other small existences, collectively creating the grandeur that is our truth.”

“The speaker in today’s poem is engaged in the activity of “imagining neruda”—imagining how someone of such vision could ever and might again exist—but she is also walking the talk, engaged in the very activity she asks Neruda about: speaking a poem that can give readers hope. It’s not a fond or naïve hope, but an informed and therefore courageous one. And on this, the eve of the election of the next president of our United States, that kind of hope is very much what we need.”

On “Where I Live”

“A major work – a door opening to reveal the glitter of something sweet. The Whitman embrace – the Ginsberg sound – the passion of Jordan and Lorde. Family, place, history and politics – the personal is all here. This is a rescue poem – pulling us all back to the work we must do. The sea yet to be calm during these turbulent times – but peace be still is what I hear these words saying. This poem restores my faith and the belief that one can walk on water out of desolation and despair into a new tomorrow if not a new world. Thank you.”

“Memoir as community and not just the words of one. You speak fo rthe many who desire to do good in the world. You are the Pablo of the other sex. You are the woman of the sea aware that the land has taught us the forgetting of how to love – which is the essence of how to live.”

“The preface to Ruth’s Skirts reads like a polite manifesto, a call-to-arms where the weapons are poems: ‘I’ve learned that the poem is the action and the action is the poem.’ The creation of art is a political statement in and of itself, but Kathy Engel goes further. She rolls up her sleeves and gets down to work.”